Ludwigsburg Palace: Everything You Need To Know About This Tour

Ludwigsburg Palace (Schloss Ludwigsburg in German) is one of the top castle tours in Germany! 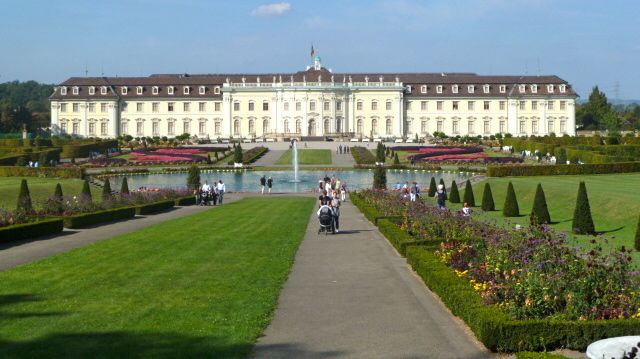 The 90-minute tour gives you insights into what life in Ludwigsburg palace was really like, and how royalty behaved behind closed doors.  It’s a tour everyone can enjoy, even if you’re a skeptic about castle tours

The History of Ludwigsburg Palace

The palace was built in 1707. It was the residential palace of the Dukes and Kings of Württemberg.  It’s one of Europe’s most impressive Baroque buildings. It is renowned for its artistic achievements. Many of which you can see on the palace ceilings. The ceilings are really breathtaking and detailed.

There’s no doubt that Schloss Ludwigsburg is impressive, but lots of castles are impressive:  Heidelberg Castle, Hohenzollern Castle, the diminutive (by castle standards) Lichtenstein Castle, Burghausen, the longest castle in Europe, and the Munich Residenz, to name a few.

What makes the Ludwigsburg Palace tour so special?

Unlike most other castle tours, you get a glimpse into the secret lives of the royals and servants who lived here. I found it absolutely fascinating.  Can you imagine what it was like for the servants? Surrounded by such opulence, yet having to dine in a windowless unheated room? It really puts into perspective what working conditions must have been like.

The bedroom below may look like a rather lavish, but typical royal bedroom. That is until our guide takes us through the secret panel hiding the secret stairway to Duke Eberhard Ludwig’s mistress’ bedroom and the servant’s stairway. It’s all very mysterious and dramatic.

Related Reading: Heidelberg Castle in Germany: Everything You Need To Know

I’m not sure why Duke Eberhard Ludwig felt the need for secrecy though.  His wife lived in the much more modest Old Palace in Stuttgart, over 20km away from Ludwigsburg.

Not far from Stuttgart’s only castle ruins.  Wilhelmine von Grävenitz may have only been a mistress, but she was very powerful.  Duke Eberhard Ludwig was so love-sick that he essentially let her rule over the state of Württemberg for 20 years.  As a result, he was the subject of gossip and ridicule for years.

Related Reading: Wartburg Castle: An Attraction You Must See in Eisenach 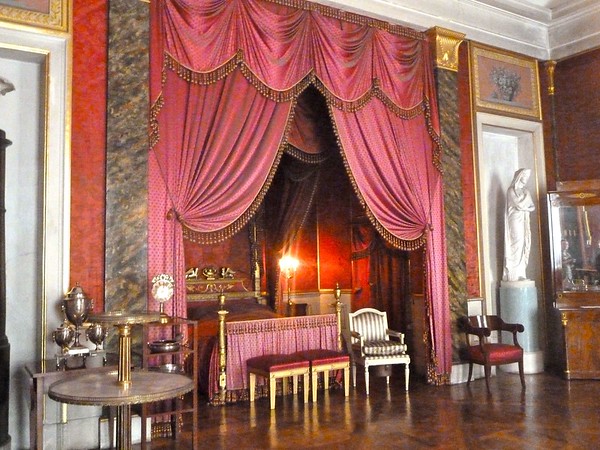 Then we have poor Elisabeth Friederike von Brandenburg-Bayreuth.  She was unfortunately married to Duke Carl Eugen.  It wasn’t likely that she used the secret staircase to her husband’s bedroom.

He was so busy carrying on the same amorous life he led before his marriage.  All while under the same roof as his wife!  Just imagine how often the secret staircase to his bedroom was used – and not by his wife!

Related Reading: Neuschwanstein: How to Make the Most of Your Visit

After a few years of her husband’s extra-marital affairs, humiliation, and political failings, Elisabeth Friederike von Brandenburg-Bayreuth had enough and left  Ludwigsburg for good. Duke Carl Eugen was left without an heir. Well, not a legitimate one at least.

The one thing that Duke Carl Eugen had going for him was that he knew how to throw a good party.  He was, in fact, famous for his court festivities, operas and theater performances at Schloss Ludwigsburg.  The tradition continues, with performances still held there today.

Outside on the castle grounds, you’ll find the whimsical fairy garden which children love. And every year the palace is also home to the world’s largest pumpkin festival. This is your chance to see 450,000 pumpkins on display.

Know Before You go to Ludwigsburg Palace

If you’re traveling by car, I recommend Schlosshotel Monrepos, a 4-star castle hotel situated on the lakeshore of Monrepos See, with its own golf course, riding stable and wine estate. It’s a 10-minute drive to the center of Ludwigsburg.

If you don’t have access to a car, nestor Hotel Stuttgart-Ludwigsburg is a better choice. This 4-star hotel is just 400 meters from Ludwigsburg Palace, features 19th-century brickwork design, elegant rooms, and a traditional German bakery.

See the Schloss Ludwigsburg homepage for more info and check out these other places to visit in Germany.

Ludwigsburg Palace’s walls may not talk, but by the end of the 90-minute tour, I could have sworn they were whispering secrets in my ear. The message was clear, just because you live in a castle, life is not always a fairytale.

This site contains affiliates in which we earn a commission at no extra cost to you.

Scroll back to top
0shares