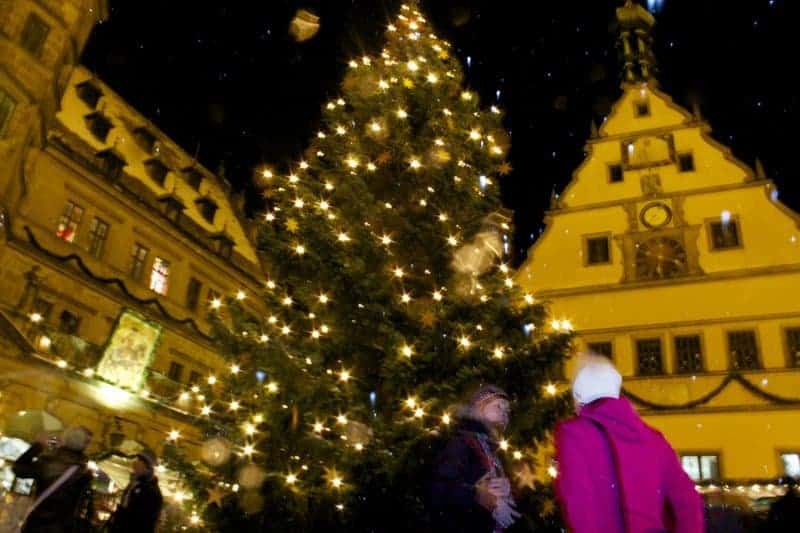 Rothenburg ob der Tauber is one of the best-preserved medieval towns I’ve ever been to!  It’s an 800-year-old town on the Romantic Road situated approximately halfway between Munich and Frankfurt.

The defence towers and city wall that encloses much of the city makes it feel like you are stepping back in time.  Rothenburg ob der Tauber is the epitome of medieval romance.

In medieval times it was believed that otherworldly messengers would appear and float through the skies carrying with them the souls of the dead.  Not a very Christmasy thought!  Fortunately times have changed and today the mystical messenger is now considered to be a friendly messenger and is welcomed.  The messenger makes his appearance on the first day that the market opens (at the end of November).  I missed this by a week, but locals tell me it’s worth seeing. 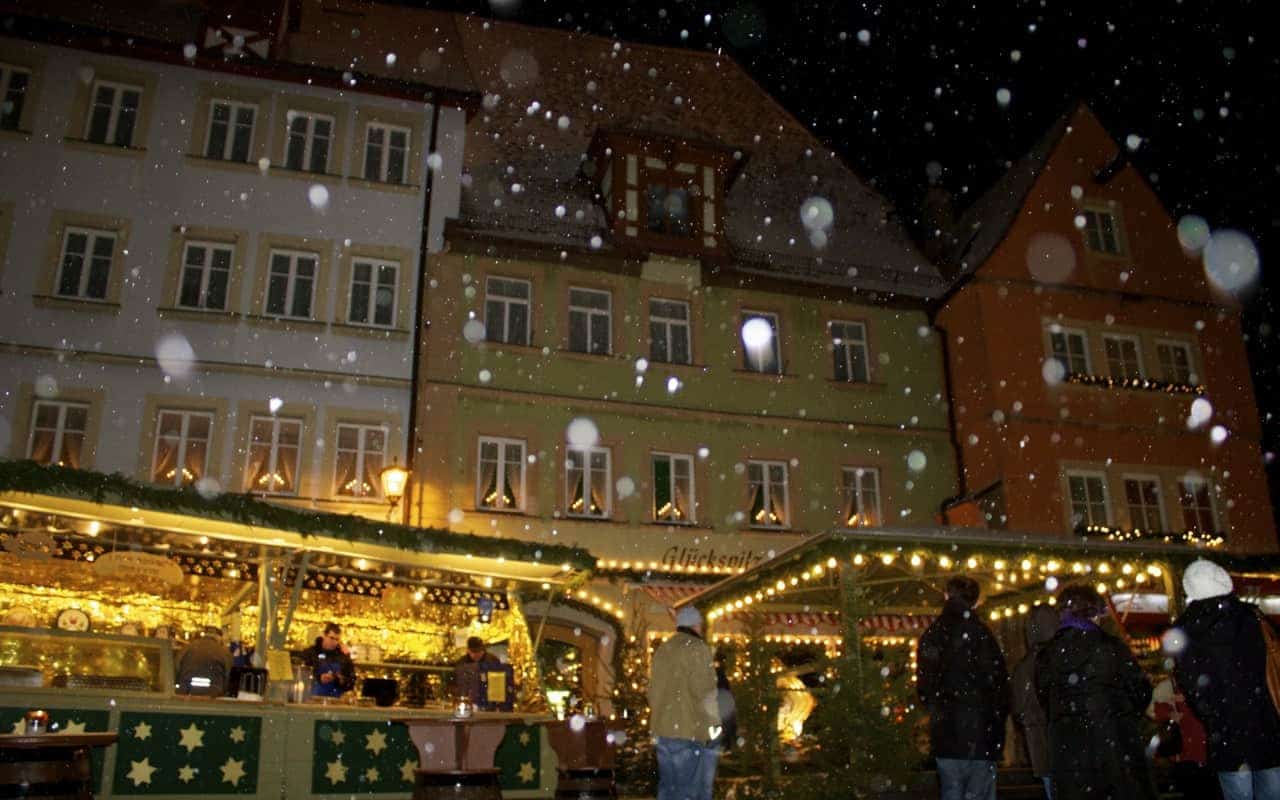 Also not to be missed is a visit to Käthe Wohlfahrt, which is self-described as “the most exceptional Christmas specialty store in the world.”  It just may be with its 30,000+ assortment of Christmas decorations on offer!

Upon entering I heard one American teenager declare “This is the coolest store I’ve ever been in.”  Even if you’re not there to buy, it’s worth a look with its Christmas village illuminated with over 130,000 LED lights:

Later on,  I overheard an elderly English lady declaring it to be “Christmas heaven”.   It’s definitely enchanting!  There’s also a Christmas museum upstairs, which takes visitors through the history of Christmas.  Käthe Wohlfahrt and the Christmas Museum are both open year round, but really get into full swing come December.

The only difference is that as I head back to Hotel Rappen Just outside the Würzburger Tor (one of the city gates), I fortunately don’t see any criminals left to hang as their punishment for their crimes, as I may have seen in medieval times.

I turn up the heat and crawl under my cozy covers, shivering at the very thought of how cold it would have been back in the middle ages when there was no heating.

Perhaps there is no time to visit Rothenburg ob der Tauber like the present – when I can have the best of both worlds!