Pig Museum Why You Need to Visit this Wonderful Museum

Stuttgart, Germany is home to the world’s largest pig museum featuring over 40,000 pigs in 28 theme rooms. 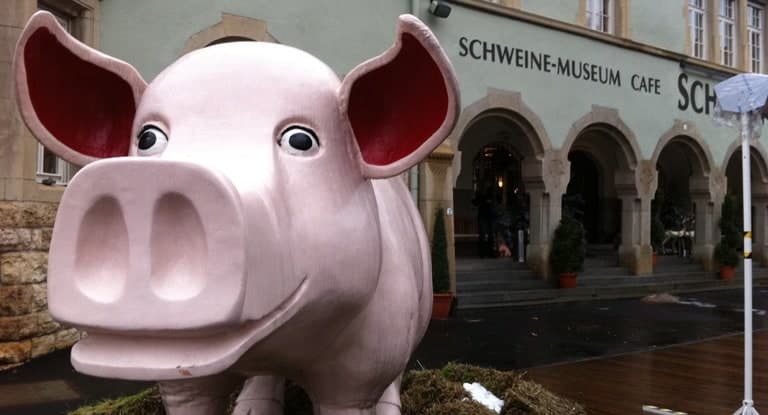 What to Expect at the Pig Museum

Oddly though, the Pig Museum is not well-known. I asked around, and not many people had heard of it before I mentioned it. It made me slightly nervous about visiting, I mean how good could it really be if no one had heard of it? I was intrigued. I didn’t know what to expect, to be honest. 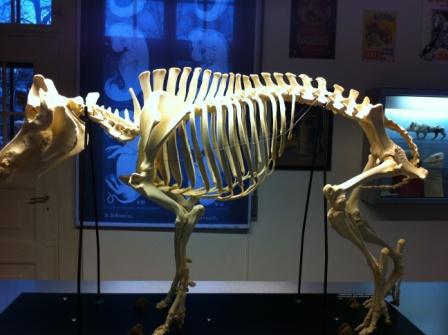 But, on arriving and seeing what the Pig Museum was all about, I was delighted to see that it was actually a great place. I love these quirky museums, they have so much character compared to the usual museums and this one is a fun stop to make in Stuttgart. 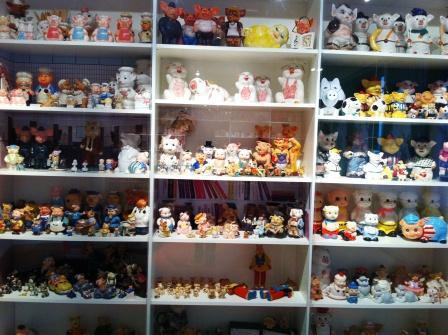 The Pig Museum is kitsch at it’s best.  As one might expect when you have 40,000 pigs stuffed into one 800 m sq building. One room alone had 2000 piggy banks! But it was also surprisingly informative, and humorous in places and most of the signs were in both German and English.

The Best of the Pig Museum

Pigs have been kept as domestic animals for over 9000 years, with the oldest evidence found in southeastern Turkey. Any guesses about the world’s largest producer of pork? Hint, it’s not Germany, but…………. China! China produces ~ 50% of all the world’s pork!

You’re not likely to find pigs in Islamic countries though. Afghanistan’s pig population totals 1 and that one is in the Kabul Zoo.

The Quirkiest Part of the Museum

It turns out that they are a symbol of sexuality since females have a long fertility period.  But most impressive, females can have orgasms lasting up to 30 minutes! I don’t think I really want to know how they know that, but this is the one thing I learned at the Pig Museum that I don’t think I’m likely to forget.

The piggy bank also has an interesting history, although no one is sure where it originated. It’s thought that the idea of pigs gaining weight quickly resembled your savings growing quickly (if only that were true!).

But the connection between pigs and money dates back to the 5th century B.C. when pigs were imprinted on coins.  Piggy banks have been used in many different countries for thousands of years. 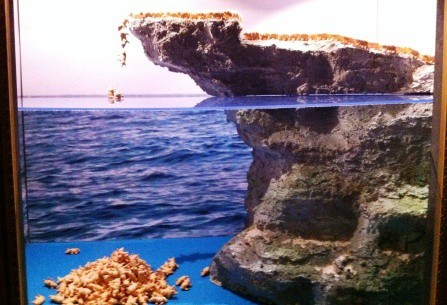 The Pig Museum also featured lots of pig art. Life-sized bronzed pigs, sculptures, portraits and lots of figurines. One of my favorite pieces of art was the photo on the left which is a reenactment of a scene from the bible, but I’m not sure which one. The signs are unfortunately only in German and were not that easy to read, to be honest.

Another thing I enjoyed about the museum was a country chart of the world’s biggest pork eaters. Surprisingly Germany is not in the top 3! Those honors go to 1) Austria 2) Spain 3) Serbia. Germany came in 4th, Canada was 27th. (These figures are from 2005.)

I must be honest, the Pig Museum is one of my favorites. I really enjoyed it more than the Mercedes Museum, I am really not a car fan. The Pig Museum is fun and a great way to spend an hour learning something new. There was some really memorable information to be gained and I have remembered it for quite some years after my first visit. But, if you are not into kitsch museums, and you don’t have much time in Stuttgart, then I would probably not put this one on the Top 5 Must-see list.

Given a choice over the Pig Museum or the Mercedes Museum, which is much better known, I would choose the Pig Museum.  It’s not nearly as refined and was done on a much lower budget, but it is memorable!

For more information about the Pig Museum, you can visit The Schweine (Pig)Museum Homepage

The Pig Museum was a great way to spend my time and I learned so much from visiting.