What first comes to mind when you think of Berlin?

My guess is that it may be of an über cool city, a city where the norm is to roll into bed at dawn, a city where everyone works in a coffee-fuelled startup, a city full of hipsters, and of course, the iconic Berlin Wall. But there is more to Berlin than all of this, like a whopping 2500 parks.

Berlin is all of those things to some degree, but what you probably don’t think of, unless you’ve spent some time there, is that Berlin is a green city. That may seem like an odd statement to make about Germany’s capital city. It’s home to almost 3.5 million people and over 750 hotels. But at the same time, 1/5 of the city is covered with trees and there are over 2500 parks!

Here are a few parks in Berlin that should be at the top of your list: 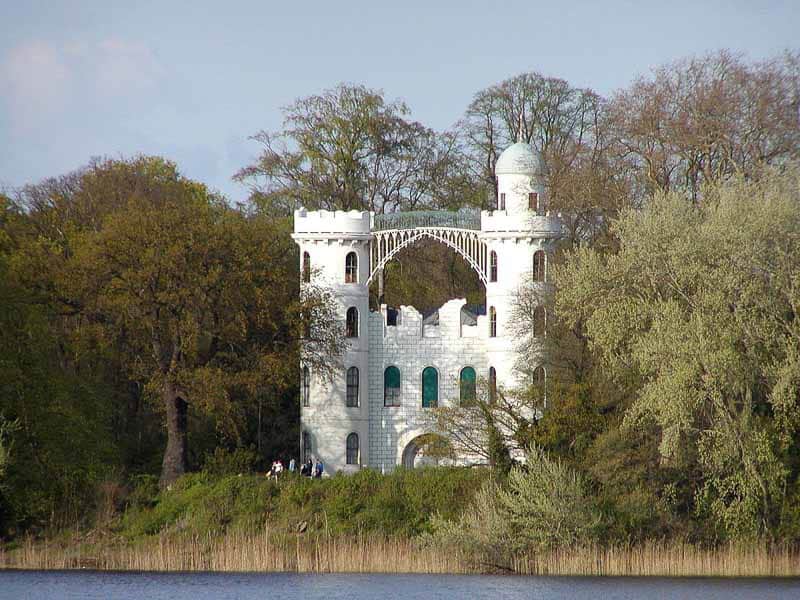 Just getting to Pfaueninsel is an adventure – you must take a short ferry ride to this UNESCO World Heritage Site! Once there, it’s an easy walk around the 1.5 km long and .5 km wide island. Keep your eyes peeled for free-ranging peacocks.

More than likely, you’ll hear their high shrill first. I certainly heard them during my visit, but being the royal birds that they are, they decided my lowly presence did not require a meeting.

Pfaueninsel Palace was built by Prussian King Friedrich for his favourite mistress – not a bad deal for a mistress. Construction started on the white palace in 1794. Admission is by guided tour only, so make it your first stop on the island so that you can explore the rest of the island and hunt (visually and aurally) for peacocks while you wait for your tour.

Note: Dogs and bikes are not allowed on the island due to the protected fauna.

Address: Nikolskoerweg, 14109 Berlin Zehlendorf  (take the S-bahn to Wannsee Station, then a  5 minute ferry ride to reach the island). 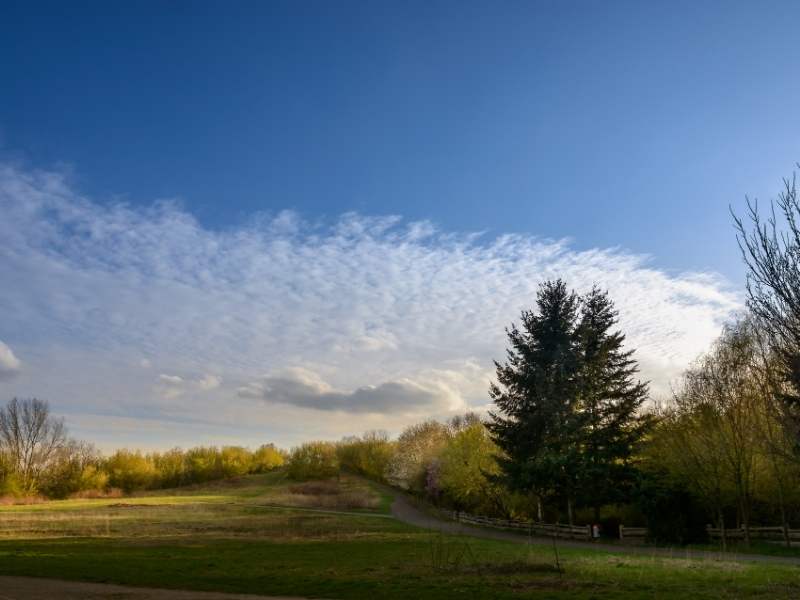 This large park sits on a mountain of rubble, referred to as a Trümmerberg, from World War II.  You will find these rubble mountains all over Germany and they fascinate me endlessly. The pathways up to the top of the hill provide joggers with a more intense run, and it’s used for sledding in winter.

The other cool thing about Prenzlauer Berg Vollspark is that a Berlin Wine Society has been growing wine there since 2009. The Riesling can’t be sold, but you can get your tastebuds on the Berlin Riesling for a donation, or even do a wine tour – right in the heart of the city! 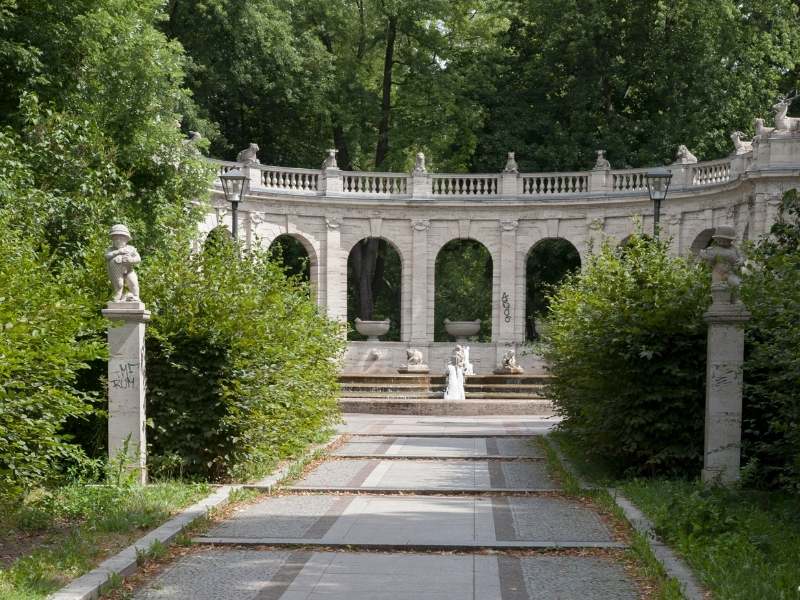 Berlin’s third largest and oldest park dates back 160 years! It’s THE place to be in summer for grill parties, a game of volleyball or to set up your slackline or relax with some good old-fashioned people-watching.

Of special interest is the Märchenbrunnen (Fairytale Fountain). It features 106 sculptures from traditional German fairytales. Not only is it beautiful, but it will put you to the test to see how many you can identify. Miraculously it survived WW II.

Also worthy of a visit are the two artificial mountains – Schuttberge in German. They’re comprised of destroyed bunkers used in WW II, filled in with more debris. The largest is called Mont Klamott or Große Bunkerberg (Tall Bunker). It stands 78 m tall and provides fantastic views over Berlin. 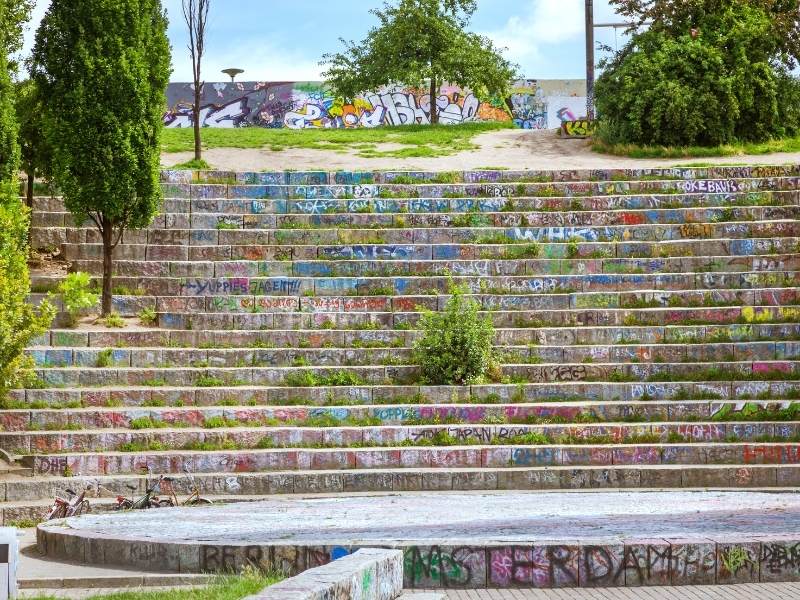 Berlin’s former wall and death strip has now become a place to celebrate life. People come to play amateur sports such as lawn bowling or basketball while jugglers and musicians entertain. Graffiti lovers will want to check out the 30 m long strip remains of the Berlin Wall.

If possible, try to visit Mauerpark on a Sunday. On afternoons you will find a Karaoke show running from spring to fall. People are not shy about expressing their opinions and you will hear cheers or boos emitting across the park. Sunday is also the day for the flea market. 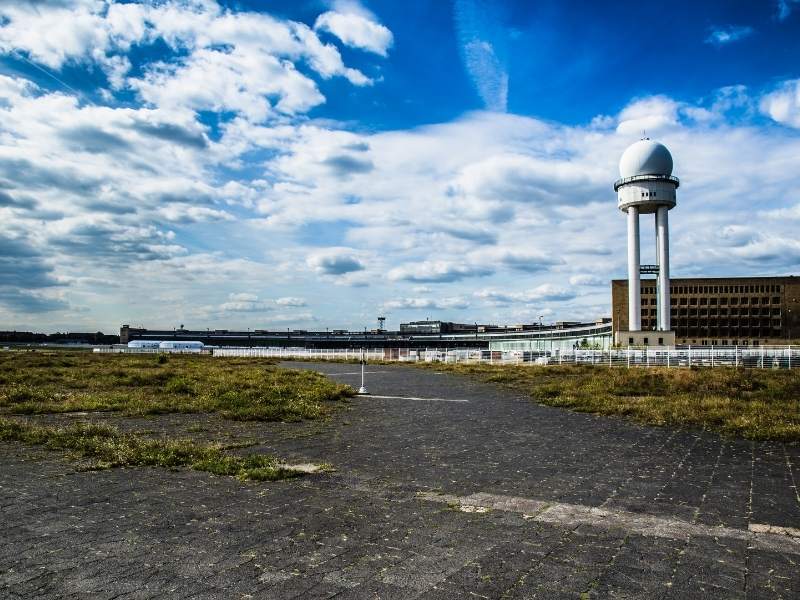 It’s an airport, no wait, it’s a park, no it’s an old airport turned into Berlin’s largest public park! As a result of the large asphalt services, aka, the former runways, there is a 6 km trail popular with cyclists, inline skaters, and joggers. It’s also a perfect place to perfect your unicycling skills or fly a kite on a windy day!

There’s even an urban gardening section. This former airport with a dark history is now being used for something positive. As of September 2015, it will be used as an emergency shelter for refugees. This may result in some closures so check with Visit Berlin for the most up-to-date information. 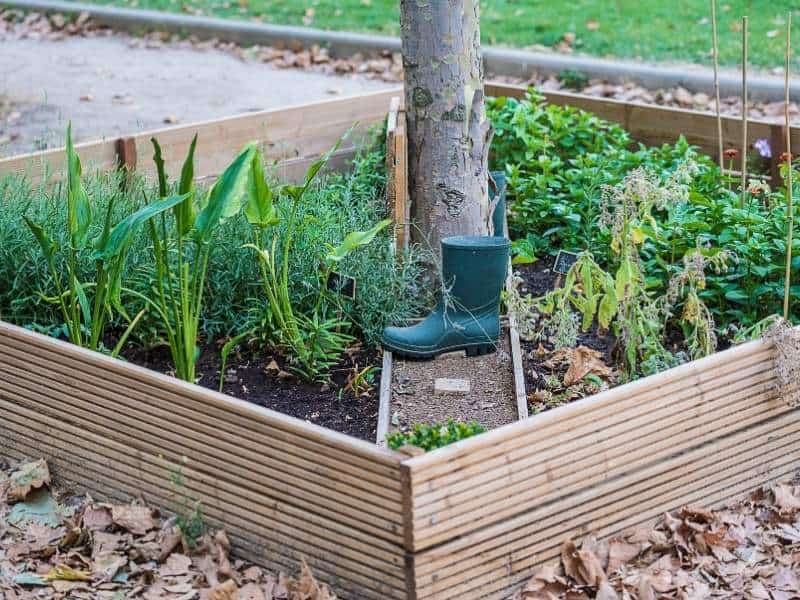 Prinzessinnengärten is an urban place of learning. It’s a miniature utopia where locals plant and produce their own fresh and healthy food, while increasing diversity, improving air quality and reducing CO2. It helps promote sustainable living and creates a sense of community.

You can support the project (and your health) by purchasing fresh produce on-site or by checking out the Garden Cafe.

There’s no doubt that you’ll want to explore the cool hipster vibe that Berlin is so famous for, but it’s also worth taking some time to explore the unexpected side of Berlin, the greener one, the one with 2500 parks!

Next time you’re looking for a green city that lets you enjoy nature and the city vibe, visit Berlin and spend time in at least 1 of these amazing parks.