How to Immigrate to Germany: What North Americans Need to Know

As a Canadian who’s lived in Germany for over 6 years, it’s far time that I shared my experiences of how I immigrated. As a result, I’ve compiled 5 of the most common ways that North Americans can immigrate to Germany.

Note: These ways to immigrate may apply to citizens of other countries as well. Being from Canada, I’m most familiar with the rules that apply to citizens from North America, which is why I’ve focused on that. I’m not a lawyer nor an immigration specialist. This is just based on some of my experiences on how to immigrate to Germany.

This information only a guide, not legally binding. Please refer to the German Federal Office for Migration and Refugees for official information.

First things first. If you want to get a visa to work or study in Germany, you’ll need two things. That’s as well as a LOT of other paperwork dependent on the type of visa that you’re applying for: 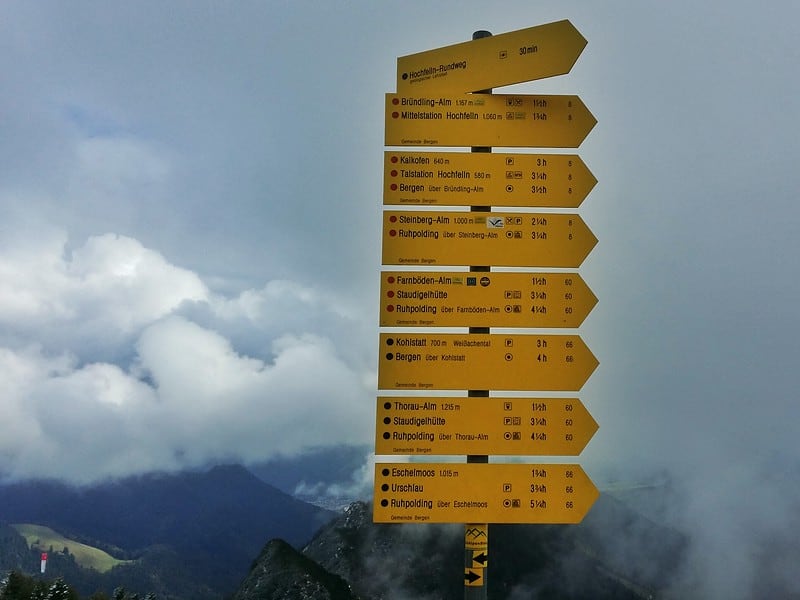 It’s not easy to navigate through German bureaucracy, but this guide to living in Germany will help you.

1) Confirm your registration and address in Germany

Be sure to keep it in a safe place for as long as you’re in Germany. When I went to exchange my Albertan driver’s licence for a German one, I was refused the first time.

The Anmeldebestätigung is serious stuff in Germany. You must register at a specific Bürgeramt depending on where you live. To find this, google Bürgeramt München, or the name of the place you are living in.  Then, you’ll be given the address and contact details.

Depending on the office, there can be walk-in hours, or by appointment only. If you’re doing a walk-in, it will likely be very busy if you’re in a larger city. Go before it opens so that you’ll be one of the first appointments of the day.

You may still have to wait – it’s not uncommon to see 50 people lined up outside the doors, but it will likely save you several hours of waiting. It’s usually even busier if you go later.

You won’t get a visa until you have proof of health insurance. It doesn’t matter if you’re covered by your current insurance provider in your country.

Travel insurance is also not valid. I found this out when my first visa application was refused for having travel insurance.  It must come from a German provider.

For my first year, I used Dr Walter (https://www.dr-walter.com/en/info-portals/visitor-travel-insurance.html) and found it was the cheapest ~€70 per month at the time.

It’s also worth looking into TK (https://www.tk.de/tk/english/610312). It consistently ranks well and has been my current health insurance provider for the past 5 years. I’m happy with it.

5 of the most common ways that North Americans can immigrate to Germany:

This is how I stayed in Germany for my first year. I figured it would be practical since I would be living in Germany with my then-fiancée, now husband and didn’t speak any German. It’s valid from 3 months to 1 year and cannot be extended.

I took intensive courses in German in Stuttgart. Five days a week from 9:00 am to 1:00 pm at two different private language schools. I can’t recommend a  language school as the first one I attended, was terrible.

The first German learning school wasn’t what I expected.  I ended up quitting right before my A2 exam after being humiliated by the teacher. For legal reasons, I’ll simply say the language school starts with the letter H. The second school I attended was better, but still not great.

Besides private language schools, you can also attend German language courses at the Volkshochschule (public higher education).  Every town and city in Germany has a Volkshochschule.

These courses are generally the cheapest. However, they vary in terms of quality and are known for large class sizes. The language school with the best reputation is the Goethe Institut. It’s also the most expensive. While I’ve heard good things about it, I’ve never taken a class there.

Furthermore, if you really want to learn German, I highly recommend learning German online. Ideally, before you come to Germany. Unlike most other German courses, this one focuses on vocabulary.

It’s made a huge difference to my German skills. You’ll also find free resources to get you started.  This won’t count as being enrolled in a German school for the purposes of your visa, but it will do wonders for learning German. I also found some great learning skills that made it easier for me to learn German. If you are planning to immigrate to Germany then learning the language is a great idea and definitely worth the time.

You can find all the documents you need to apply for a German language visa here.

When you study in Germany, will your study place look like the library in Drachensburg Castle?[/caption]

2) Study at a German University

Public German universities are well-respected, known for their academic rigour. In addition and unbelievably, they also offer free tuition for Bachelor and Master programmes – even for foreign students. You’ll likely have to pay an administration fee, but that usually only costs around €100 to €200 per year.

The first step is to apply to a German university. Once you’re accepted the university will help you with the paperwork that you need to get your student visa.

You can find a list of international programmes, i.e. where instruction is in English on the DAAD site (Deutscher Akademischer Austauschdienst) or the German Academic Exchange Service in English. Note: if you choose a private university, you must pay tuition, which is usually a significant amount.

It should go without saying that you shouldn’t just marry a German so that you can immigrate to Germany.  After a one-year German Language visa, you may be able to obtain a marriage visa which is valid for three years.

At any point in those three years,  if you get divorced, your visa won’t be valid any longer. I have other American friends who had a marriage visa for five years. Perhaps it depends specifically on the country or the person issuing the visa. I’ve had this conversation with many Americans and Mexicans. It seems somewhat random, although I’m sure it isn’t.

You can either get married in Germany or outside of Germany. If you do the latter, you’ll need to show proof that your marriage certificate is legit. This will likely mean having your wedding certificate translated by an official translator before you can apply for the visa.

You can find the specific paperwork that you need for marriage here. 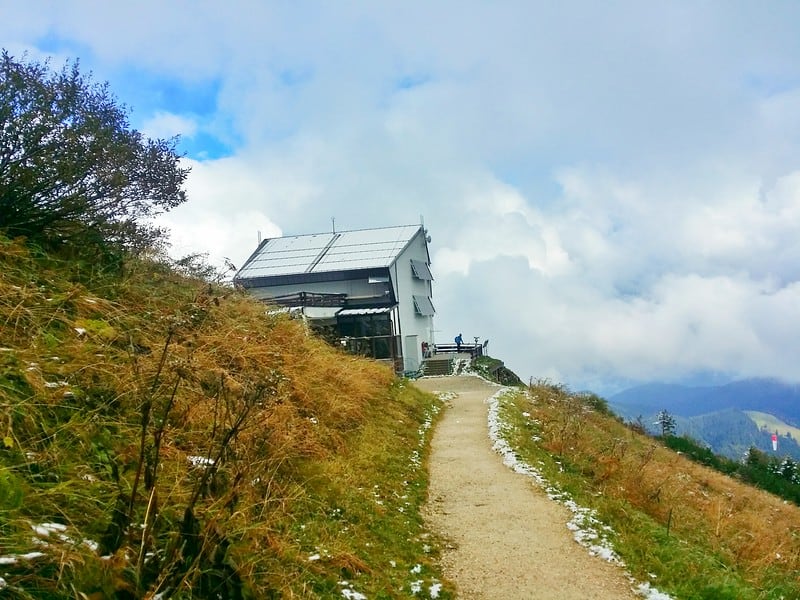 Germany is one of the easiest countries in Europe to get a freelance/self-employed visa. This includes artists – painters, musicians, writers,  journalists, engineers, architects, auditors, tax advisors, interpreters, English teachers etc. This is valid for up to three years and is extendable.

Remember, that while your primary concern might be finding a way that you can immigrate to Germany, officials are more concerned with your skills and the economic benefit you will have on the country.

Keep this in mind when you meet with the Ausländerbehörde (Foreigners Authority) office. You can find specific requirements and considerations for a self-employed visa here. 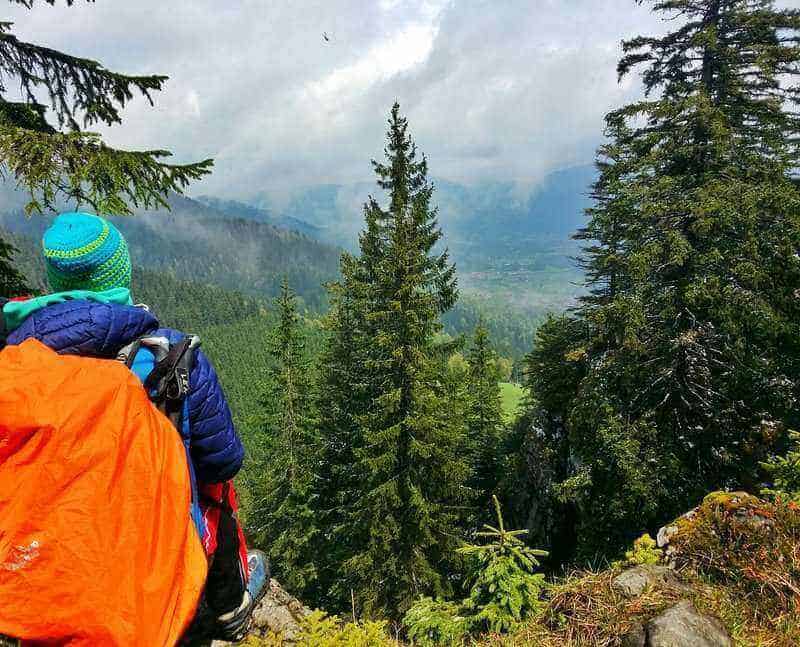 Unless you’re sponsored, or work in an incredibly specialized field, this is a problematic option for North Americans. To hire a non-EU citizen, a company has to prove to the German government that no one else in Germany or the entire EU is capable of doing the job.

Not an easy feat. This will be even more difficult if you don’t speak fluent German.

Most of the North Americans that I know who are working in Germany are here with a company that they were working for back home. They then transferred, almost always temporarily to the company’s office in Germany.

Besides, the sponsorship process complex. It’s easier, and cheaper for companies to hire someone already legally able to work in Germany.

In other words, they have to really want you to go through all the effort. I’m not saying it’s impossible, just tricky. Most of the North Americans that I know who work in Germany and didn’t transfer with an existing company.

Instead, they entered on one of the other visas first. Once you have permanent residency, which you can get after being here for three to five years, you can then work for any company with no special visa required.

Follow these tips and you’ll be on the fast track to immigrating to Germany from North America!

Disclaimer: This information is intended to be a guide to immigrating to Germany and is not legally binding. Refer to the German Office for Migration and Refugees for official information.
Booking.com