You have probably heard those tales about how unfriendly Germans are. But hearing that Germany is the least funny country in the world was a new one for me.

I read Germany officially the world’s least funny country in The Telegraph some time ago in which a survey of 30,000 people from 15 countries was polled to find that “Germany is the least funny country in the world.”  I was floored, I mean seriously, even Russians, who came in second last, are funnier than Germans?  Certainly not the few Russians I’ve met!  I found myself feeling like an overprotective sister for my adopted country and apparently misunderstood country. 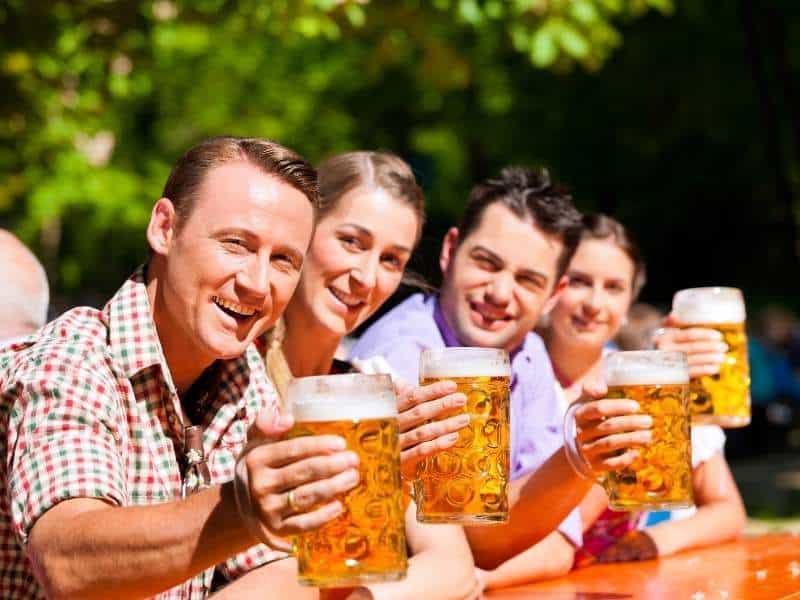 So are Germans Funny?

I will admit that Germans may not be the best joke tellers, but in their defence jokes do not usually translate well.  If you tell a German a joke, they may not laugh, but neither would many people from other countries either.  Many jokes rely on a play on words and that can be difficult even for someone who speaks excellent English, but who is not a native speaker.

Related Reading: Go Barefoot Walking in Barefoot Park: All You Need To Know

As an experiment, I decided to try a “Knock-knock” joke on J.P. While he didn’t exactly laugh, he did groan – which is a typical response for most “knock-knock” jokes, regardless of whether you are a native speaker or not.  And to be fair, when he has translated a joke from German into English, I didn’t laugh either.  But perhaps that’s because we Canadians aren’t very funny either (coming in the 10th least funny country in the world.)  I prefer to blame it on the fact that a lot of times the humour gets lost in translation.

While Germans may not be known for their joke telling skills, they still do have a sense of humour.

Get to See Funny Germany

Germans also have a strong distinction between their public and private lives and in their private lives.  As a tourist to Germany, you will likely only be seeing the public side of Germans.  It may not appear all that funny, but stay a little longer and you will get a glimpse into the private lives and see a whole different side – a side of them that is witty, playful and yes even funny.

But even as a visitor here, you can still catch little glimpses of humour here and there.  Open any newspaper and you are likely to find a satire of some politician, similar to what you would find in Canada or the U.S.  I laugh at these, even with my limited German.

Where to See Humour in Germany

If you want to see humour at play in the office all you need to do is hang out by the water cooler after a big game. You’ll hear the teasing that occurs towards someone who rooted for the team that lost. Germans can trash talk with the best of them.

And if you’ve ever seen one of the huge sausages sticking out of a really tiny bun, you’ve got to see the humour in that.

At the very least go to Oktoberfest. And witness for yourself silly folk songs being belted out by men in lederhosen and women in dirndls with braided hair.  All while jumping up and down on a bench. Pretending to be a tiger (watch the video and you’ll know what I’m talking about). In my observations, Germans, for the most part, are happy drunks who enjoy a good party.

So to the 30,000 people who responded that “Germany is the least funny country in the world” I say you haven’t spent enough time here.

What do you think about the survey results?  FYI – Britain, the United States and Canada were also all in the 10 least funny countries in the world.

There is a funny side to Germany. You might just have to look a little further and maybe try not getting lost in translation.